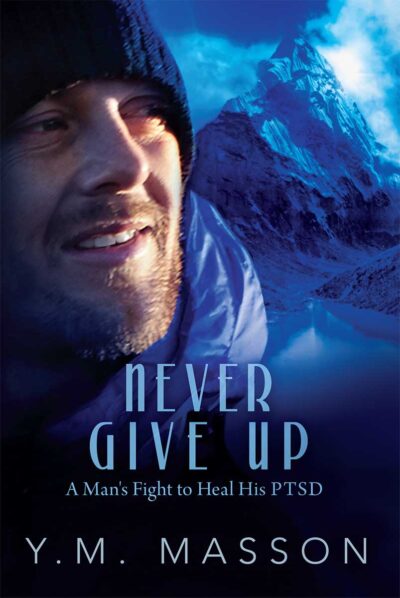 After Alain’s journey to survive Nazi-occupied Paris, and his battle to erase the emotional trauma of combat, the civilian Alain has a difficult time eliminating from his mind the ever-present memories of the atrocities he witnessed during the war. In Never Give Up: A Man’s Fight to Heal His PTSD, twenty-five years have passed since his discharge from the military but the old infantry lieutenant still has troubles with his demons of hatred, anger, and guilt. A chance encounter with Cathy, one of his work colleagues, leads to a renewed effort to complete the healing. Revisiting Alain’s childhood life and trekking in the highlands of the Himalayas are part of the background as Cathy, with the help of the spirits of the mountains, leads the charge to slay the demons.
The fight is on.

This book is available from the author’s website https://www.ymmassonauthor.com and also on Amazon.com as well as any local bookstore.