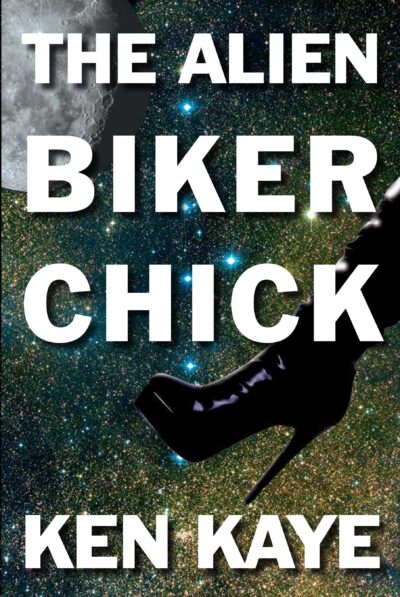 Geo Leon, reporter for a small South Florida newspaper, is having a quiet lunch in a park when a woman roars up on a motorcycle, grabs half his sandwich and kisses him.
That’s how he meets Gina Martinez, a rough-and-tumble biker chick who tells him she’s an illegal alien running from a Mexican drug cartel, a motorcycle gang and the Border Patrol. Good guy that he is, Geo allows her to seek refuge in his home.
Meanwhile, Geo investigates a mysterious space shuttle, which has landed at a remote Everglades airport. Although officials initially think it’s Russian, Geo learns the spacecraft is much more exotic than that.
It’s not long before Geo falls hard for Gina and offers to marry her to prevent her from being deported. But she wants a lot more than a wedding ring. She’ll end up taking Geo on an adventure that’s out of this world.
A fun, science fiction story! Now available in print and Kindle on Amazon.com